Email ThisBlogThis!Share to TwitterShare to FacebookShare to Pinterest
We've just been to see #TheJungle at St Ann's Warehouse. 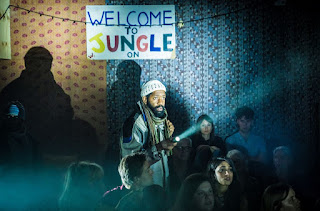 Unfortunately it looks like the entire season has sold out (even with the first extra extended period) so if you dont already have tickets you may be SOL.

Made me think a lot about how removed i feel from the situation as i have some deep philosophical issues with the whole premise of The Jungle from an economics point of view (....ironic i know being that im living/working in another country).

There is a great line in the play that summarises my entire thinking about economic migrants that Ammar Haj Ahmad delivers about the character Norullah around how he wants to be in the UK to go to school, be a good citizen, work hard (eg. create GDP output) - my whole fundamental belief here is that what you are actually doing is stealing from the GDP output of Afghanistan, that by allowing refugees to travel from one country to another....you are benefitting the host country but creating economic theft from the future of the mother country.

Its a harsh position I know.....and not one that is shared by many people.

You might also say but how can this apply to non-economic migrants eg someone escaping war/tyranny, my thinking there is that "the west" (eg cowboys and indians west-not political west) was won by people banding together and overcoming adversity through 'building cities' (another fundamental goal in The Jungle), and only a good guy can overcome a bad guy.

Its ironic thinking especially when this week there are protests in Hungary over Victor Orban's "Slave Law" that forces "overtime" due to labour shortages when Hungary has been the most strident country opposing accepting migrant refugees
https://www.dw.com/en/hungarian-workers-protest-slave-law-overtime-rules/a-46649065

Either way its a play that is well worth seeing - hopefully St Ann's Warehouse will be able to give it a second extension so that even more people will get to see it.
Posted by Dean Collins at 12:44 PM 0 comments

Email ThisBlogThis!Share to TwitterShare to FacebookShare to Pinterest
You have to wonder how much this is costing per day and where the money could be better spent eg building bridges/roads in the USA - heck Nancy Pelosi how about we tie to border wall to removal of USA bases and troops in Syria and we would probably come out in front. 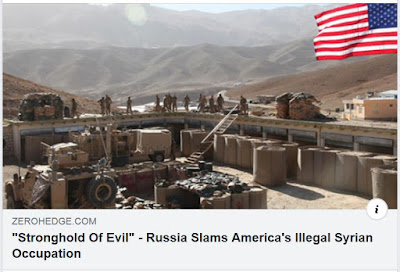 Email ThisBlogThis!Share to TwitterShare to FacebookShare to Pinterest
Who would have thought a bent paperclip would solve the day.

Found this suggestion on google while trying to swap out a bios motherboard chip today.....bent the last 5mm of a paper clip with needle nose pliers as shown below and it totally works, popped straight out.