Email ThisBlogThis!Share to TwitterShare to FacebookShare to Pinterest
wow that Self Managed Super is now 30% of all funds.......haven't heard much discussion of this amongst friends etc.


The self-managed super fund industry continues to grow. There are more than 534,000 funds and total membership exceeds 1 million. This represents an increase of 21.3 per cent in the number of small funds over the past four years, the report said.

Email ThisBlogThis!Share to TwitterShare to FacebookShare to Pinterest
Metadata.... solely for stopping the terrorists? And this government lied about it?
I am Jack's complete lack of fucking surprise.

Updated with comments from Attorney General George Brandis in the article.
Posted by Dean Collins at 11:40 AM 0 comments

Ray gun from the future.....seen as imminent threat to TSA safety

Email ThisBlogThis!Share to TwitterShare to FacebookShare to Pinterest
There is something seriously sick with governments at the moment, I feel like I'm in a dream and about to wake up from this stupidity.

I'd blame it on America and the "fall of Rome" (I think even the most ardent are seeing the crumbling of an empire) but I think its just as bad in Australia and other countries.....

I seriously don't understand how we got here......

Telling Australia's parliament during a question time session Monday that his ministry was currently "not processing any application from these (Ebola) affected countries," he said that the government was also suspending its humanitarian program. 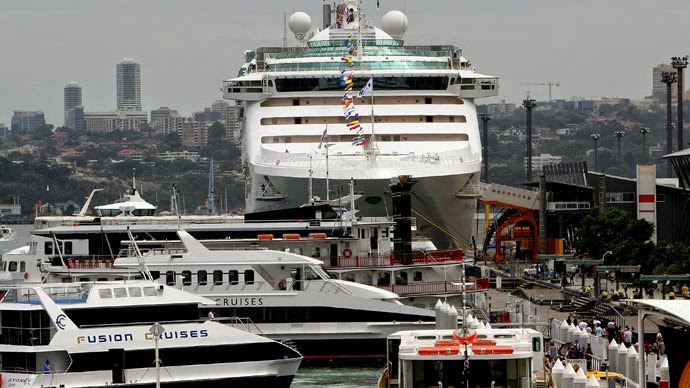 Australia is the first country to temporarily close its borders to people traveling from West African states battling against the Ebola epidemic. The move comes despite the fact the Ebola-free country has not sent aid workers to any afflicted regions.
Immigration Minister Scott Morrison told parliament on Monday, Australia has issued a blanket visa ban for those traveling from Liberia, Sierra Leone and Guinea.

Wow I cant stress enough how disappointed I am in Tony Abbott the xenophobe. I have never been more ashamed to be called an Australian than I am today.