Jeff Bezos pissing in the pool

Email ThisBlogThis!Share to TwitterShare to FacebookShare to Pinterest
Reading this article today is infuriating 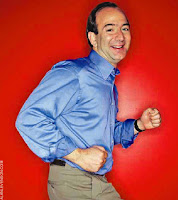 
The sales tax exemption of United States online retailers could come to an end this year as legislative proposals to change the current status find greater support.
Called the Marketplace Fairness Act, the proposed new law would force online and catalogue retailers to collect sales tax at the time of transaction irrespective of where they are located.
- http://www.crn.com.au/News/333493,us-online-retailers-face-sales-tax.aspx


Amazon is only supporting this as they want to piss in the pool as they are getting out.

Its no secret that Amazon are wanting to move to 20 or so "local 1-day delivery warehouses" across the USA in the next 12-24 months as such they will have to be paying sales tax in these states anyway and want to drag everyone else into paying it as well.
Jeff Bezos sucks......or he's just playing the game, i guess that depends on which side of the political lobbying spending race you believe.

I swear the USA is the most corrupt country in the world....though here they just call it political lobbying.