Hey Obama ....your tech guy was asking for the same thing from Yahoo....just last week

Email ThisBlogThis!Share to TwitterShare to FacebookShare to Pinterest
https://ca.news.yahoo.com/exclusive-obama-sharply-criticizes-chinas-plans-technology-rules-074738075--finance.html
President Barack Obama on Monday sharply criticized China's plans for new rules on U.S. tech companies, urging Beijing to change the policy if it wants to do business with the United States and saying he had raised it with President Xi Jinping.

In an interview with Reuters, Obama said he was concerned about Beijing's plans for a far-reaching counterterrorism law that would require technology firms to hand over encryption keys 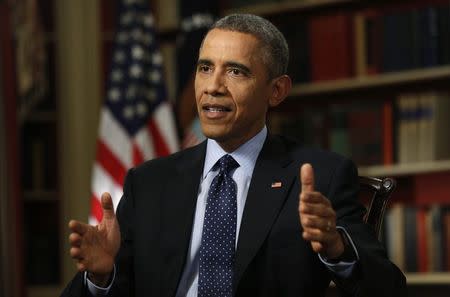 Uhm hey Mr President....pssst...you might want to have a chat with your NSA Director Mike Rogers who was asking for exactly the same thing from Yahoo last week......- http://blog.collins.net.pr/2015/02/yahoos-security-boss-faces-down-nsa.html

Seriously.... how is it that these are the knuckleheads we voted in to run the free (and in China's instance not so free) world?
Posted by Dean Collins at 9:10 AM