Email ThisBlogThis!Share to TwitterShare to FacebookShare to Pinterest
A group of us went for a hike at Cold Springs yesterday with some of the www.aussienymeetup.net friends (man am I out of shape after spending a year living in NY city). 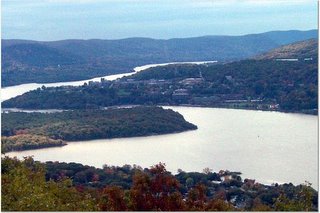 It's about 60 miles north in upstate New York on the Hudson river opposite the West Point Academy. 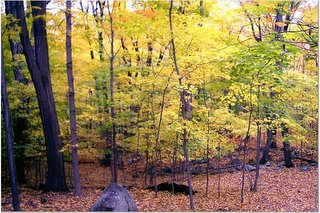 Spectacular scenery, changing of the leaves and sweet as pie small town America with a flag in front of every second home. 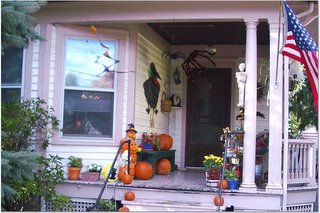 I know Americans are renown for being Patriotic, in war more than ever, but it it got me thinking.........How Come Australians Aren't More Patriotic?

A straw poll with some of my Australian hiking buddies drew responses such as "Australians are modest, we keep our patriotism on the inside" and "Australians never fought in a war for independence".

Are we less patriotic or do we just show it in a different way?

Is Americas patriotism seen in a different light from the Arab world?

When i watch shows like "Off To War" (an insiders 'fly on the wall' view of 10 soldiers all from the same small town in middle America - actually pretty well balanced in it's reporting) I cant help as an outsider but draw similarities between this and the imagery we see on CNN about Arab women crying over their dead 'terrorist' sons or the religious chanting of a large group of Arab men.

Are we really all that different? Is what we are proud about so dissimilar that we need to blow each other up? Is the middle view of both America and the Arab world being distorted out by a few fanatics, distracting us from reality?

Is there a way to get a better mutual understanding?