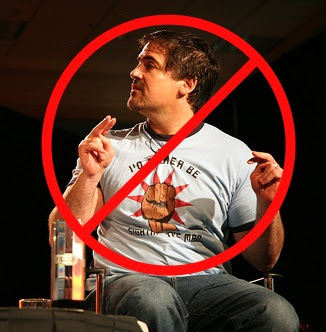 Well this time anyway (it's hard to call foul on a guy that in my opinion is a legend and worth $5.7b so was obviously right more than a few times in his life).....but in this case Mark you are just plain wrong.
So go and read this article and come back to read the rest of my post.
http://www.multichannel.com/article/CA6463169.html
So here is where he is wrong
"Developers will figure this out and develop applications to match. If, for instance, a developer wanted to build suites of office applications, he said, the better environment would be servers on local cable systems"
This would be correct if you ran a cable network 'AND' had the worlds best developers on your payroll (apart from the obvious point about you couldn't make a profit with this big a staff) but the value of the internet is that any tom dick or harry working in his mothers basement can create the next Digg or Flickr.
Its the collective brain power of all the people working, creating, dare I say even blogging that creates the massive value or worth that we have today.
Walled Gardens never work, will continue not to work, and consumers are tired of being 'penned' in by them.
He then goes on to say
"so-called clustered collections of cable networks provide an enclosed environment that allows high-bandwidth, complex applications to thrive".
So the issue isn't a requirement for walled content BUT for an internet of higher bandwidths.
By breaking down the barriers between all networks - the network here in my office, the network of servers a Blogger, the network of servers at Flickr for the photo I'll insert into this post we can create interactivity.
We just need higher bandwidths and more exposed API's between these applications (oh and a way to pay developers/web site owners for creating those API's - but thats a story for another post) the last thing we need is a You Tube that only works on Time Warner and a Flickr designed only to be optimal on Cablevision.
Cheers,
Dean
Posted by Dean Collins at 10:50 AM