Email ThisBlogThis!Share to TwitterShare to FacebookShare to Pinterest
I'm sure Facebook were planning to turn this feature on eventually anyway but because they have gotten off to such a rocky start listing on the NASDAQ the word has probably come down from upon high to start cranking up the revenues now.

Forget what the street says, buy Facebook NOW. I bet you they are going to want to hit it out of the park in this first Qtr with their "new" revenue streams.


I just noticed the following "subtle" analytics appear on the various LiveFanChat facebook pages I run this afternoon (we have about 20 of them for our various sites ), its currently not available on all of them (about 8 so far) and it takes about 30-60 mins for the first stats to appear after making a post but appear to update regularly after that as more people view the posts. 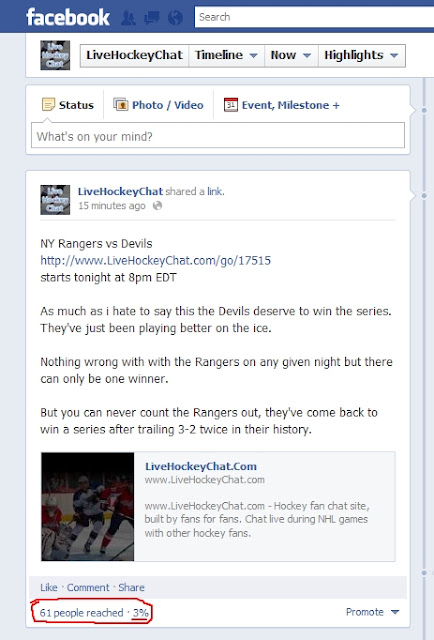 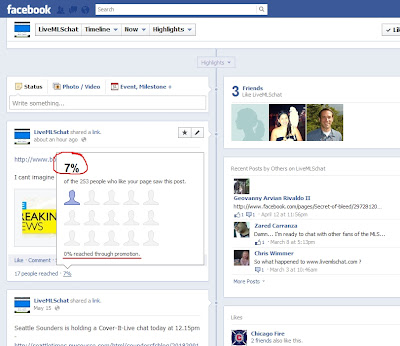 I'm sure they have a whole stack of these style "money making" plans set up and ready to roll and while we are all talking about how mobile ads might or might not make money in 5-10 years from now, for the next Qtr Facebook are﻿ going to be turning the screws on brands who use to shock the street into getting "used" to their sky high valuation.

just found this article with a better description/graphics - http://socialfresh.com/facebook-promoted-posts-go-live/
Posted by Dean Collins at 8:52 PM