Email ThisBlogThis!Share to TwitterShare to FacebookShare to Pinterest
Its Off Off broadway events like this that make living in NYC perfect. 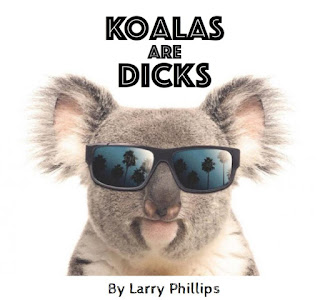 Brody, America’s favorite koala, has stormed off the set of his hit sitcom. Holed up in a sleazy LAX motel, he's got enough booze and drugs to last for months.

Desperate to get him back on track his agent, wrangler, and co-star try to make him see reason. But is their concern for Brody's future? Or their own?

Koalas are Dicks is a dark Hollywood comedy about terrible people and the koala who supports them.

Unfortunately yesterday was the end of a "too" short run.......but hopefully will get to see Grant Tambellini, Peter Buck Dettmann, Tiffany May McRae, Larry Phillips, Phoebe Leonard & Griffin Hennelly in something else sooner than later as they were all awesome in this production and deserve to be in major long run Broadway production.
Posted by Dean Collins at 10:10 AM