Email ThisBlogThis!Share to TwitterShare to FacebookShare to Pinterest
Reading this today

Mr. Prince, who resettled here last year after his security business faced mounting legal problems in the United States, was hired by the crown prince of Abu Dhabi to put together an 800-member battalion of foreign troops for the U.A.E., according to former employees on the project, American officials and corporate documents obtained by The New York Times.

The force is intended to conduct special operations missions inside and outside the country, defend oil pipelines and skyscrapers from terrorist attacks and put down internal revolts, the documents show.
http://www.nytimes.com/2011/05/15/world/middleeast/15prince.html?pagewanted=1&_r=2&hp 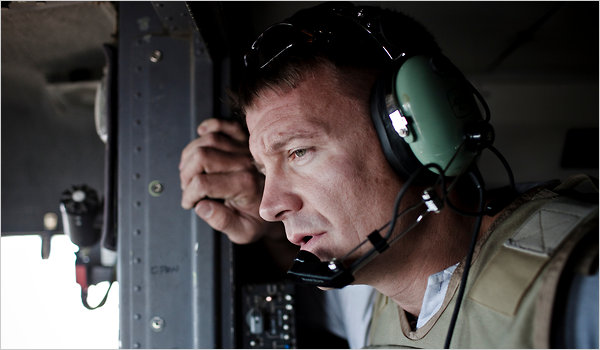