Hey FCC how about you grow some balls

Email ThisBlogThis!Share to TwitterShare to FacebookShare to Pinterest
So Ceton announced their 6 tuner cablecard tuners today. 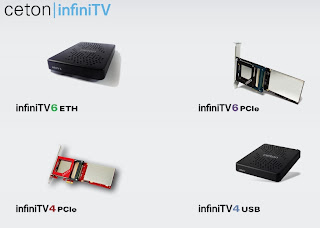 I'd love to purchase one as already have a pc in the home theater rack ready to go BUT not being able to record HBO/Showtime etc and then watch them on other devices EXCEPT windows media center extenders makes this device impotent.

My real issue however is the fact that you cant do on-demand viewing for the hbo/showtime series eg game of thrones/borgias/mad men and on demand movies etc, though to be honest with 6 tuners on the new models you could almost record every show and watch them from your media center pc.

Considering congress forced all the tv manufacturers to install cablecard into the TV's.......then why not force the cable companies apart from they bribe the shit out of politicians every election.

The FCC needs to grow some balls and force the cable providers to offer the same "on demand" features on cablecard that are available on cable providers set top boxes, and yes the Endgadget HD podcast mentioned this and made light of the fact that the Tru2way standard has been around since 2007 but no one has implemented it however I truly think that if congress initiated a law that said cable companies couldn't charge for services......until cablecard had the same functionality....then they'd find a way.