2 drop down boxes and they can read your emails

Email ThisBlogThis!Share to TwitterShare to FacebookShare to Pinterest
The government lied and the "traitor" was telling the truth? Noooo wayyy really... who would have thought it.

I wonder if enough voters are outraged to be lied to yet again that we can vote Snowden for President and as such he can grant himself immunity from Russia before returning to DC to throw the bums out.

Edward Snowden: “I, sitting at my desk, [could] wiretap anyone, from you or your accountant, to a federal judge or even the president, if I had a personal email [address].”
Rep. Mike Rogers: “He was lying. [...] It’s impossible for him to do what he was saying he could do.”
Who is right, and who is lying? According to new revelations by the Guardian newspaper and Glenn Greenwald, the government was again avoiding the truth and Snowden was, in fact, correct. An NSA program by the name of XKeyscore provides precisely the capability that Snowden detailed and Rep. Rogers denied. 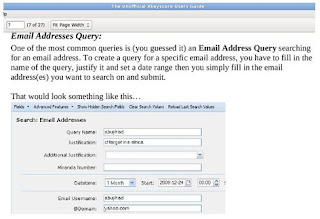