Email ThisBlogThis!Share to TwitterShare to FacebookShare to Pinterest
Pure PR bullshit.
The same gap was there for todays 50 year olds when they were 20 (eg people that would now be 80+).

Yes the numbers are bigger now but thats inflation for you.

The only real difference is we are now living longer so if you divided "the asset gap" by the number of years those assets need to fund....then todays 50 year olds are probably worse off than the previous generation whose life expectancy didnt extend much past 70-80 etc. 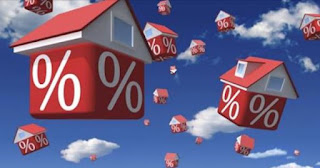 Property tax 'imbalance' widens gap between young and old, says ME Bank
The "imbalance" caused by tax rules skewed in favour of property investors is widening the financial gap between older and younger generations, industry fund-owned bank ME says.

In a rare move by a bank to enter the fierce debate about housing taxation, the lender's chief executive, Jamie McPhee, cited survey figures that found most respondents, including more than 40 per cent of landlords, would support less generous tax rules for property investors.

ME's survey data also shows the "financial comfort" of people aged over 50 has risen significantly in the last five years; a period of cheap debt which has helped drive a house price surge.