Businessman buys four Vaucluse properties for $70 million as a knockdown 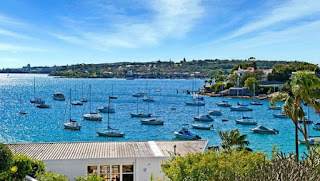 $70m for any property in Sydney even 4 of them combined is a joke.

Its stuff like this that changes political positions on taxing high flyers in Australia. Invest $70m in IBM stock....no one knows or even cares.

Drop $70m on a house in Sydney and it will be the stuff the causes moral outrage and politicians to act regardless of how you made your money.

So congratulations....you'll be known as that tosser who dropped $70m on a block of land and caused Australian politicians to react to the largess of the top end of town.

Should have just bought an antique Ferrari to measure your appendage like the rest of your mates.

Its ridiculous especially when you look at what $20m gets you in Malibu, Miami and Cannes etc.....the problems with the top end of Australia is they have no idea what to do with their money and don't have an Aspen, Montauk, Palm Springs etc to spread their property "fun money" around over.

Don't get me wrong Sydney (and Australia) is an above average income earning city, the outlook and lifestyle means we should be paying an above average amount for our property eg I fully support and expect $1m average house price to be the norm (and to continue to increase), personally I'm a little overweight Sydney property as well.

But its crap like this that cause "robber baron" 75% income taxes to be introduced.......it could be worse.....you could be French.....I understand they still know how to grease up a mighty fine guillotine.
Posted by Dean Collins at 11:59 PM