Email ThisBlogThis!Share to TwitterShare to FacebookShare to Pinterest
Jodie and I went to see Social Distortion in Hartford, CT. last night. It was a long drive up there and back but definitely worth the effort considering they only do a few concerts a year.

lol it was Jodies first punk concert ever......she wanted to know whats with all the police and why security are doing full body pat downs. 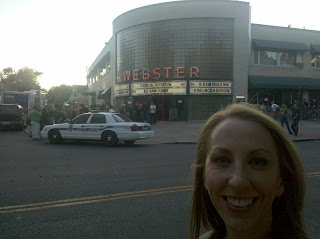 The Action Design were the support act, i'd never heard of them before but they were great. I haven't worked out who the lead singers voice reminds me of but it sounded really similar to something i've heard before and Emily Whitehurst is too cute (very Molly Ringwald'esque' circa Breakfast Club). 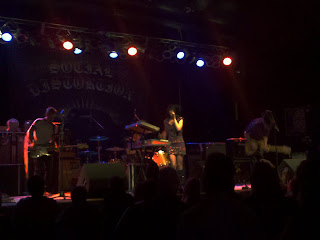 They have a new single out so check it out but sounded much harder (in a good way) in person, the mix below sounds a little top40'ish'.
Desperation by The Action Design
Social Distortion hammered hard. They missed a couple of songs i thought they would cover but the crowd loved every minute. 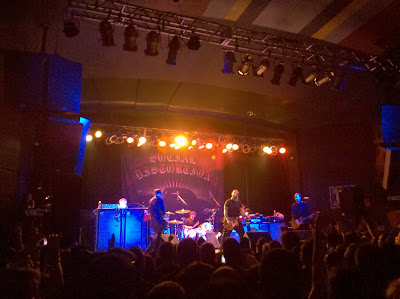 My only complaint is the lead singers mic was too quiet compared to the band so some of the audio was a little muddy, but for some old guys they still rock. lol and yes some of the audience slamming in the mosh pit were as old as me.
Cheers,
Dean
Posted by Dean Collins at 9:45 PM