Email ThisBlogThis!Share to TwitterShare to FacebookShare to Pinterest
Wow is that a phone in your pocket or did you just get a boner? 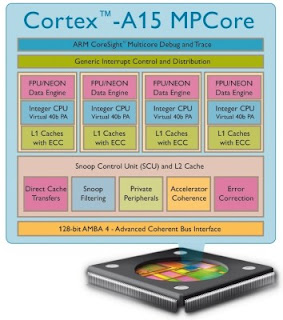 Way to take the wind out of our sails, ARM -- no sooner does your dual-core Cortex-A9 finally ship, do you reveal an even more powerful smartphone, smartbook and server-slaying beast. The Cortex-A15 MPCore picks up where the A9 left off, but with reportedly five times the power of existing CPUs, raising the bar for ARM-based single- and dual-core cell phone processors up to 1.5GHz
http://www.engadget.com/2010/09/09/arm-reveals-eagle-core-as-cortex-a15-capable-of-quad-core-compu/


Cheers,
Dean
P.S. Yes these days it's more important than ever only to sign up for 12 month carrier contracts (my 12 month Verizon Motorola Droid contract comes up for renewal at the end of October - well worth the $30 that Verizon charged me to shorten the contract period from 24 months to 12 months).
Posted by Dean Collins at 1:13 PM