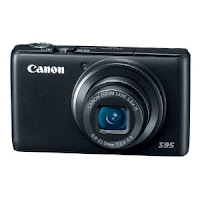 Canon S95 10 Mega Pixel camera
I'm at best a point and shoot photographer, and i've only owned my new Canon S95 10 Mega Pixel camera for 1 month or so but here are my initial thoughts.
Minor peeve;
- the shoot button isn't where you think it would be, it should be located where the focus rocker switch is.
- the flash pops up right where your fingers are, should be moved.
Major peeves;
- the photos can only be sequentially named, there is no option to name the photos taken with date and time which is the way my old Fuji had as an option (and my preferred way of naming files)
- the photos can only be exported to a local drive, for whatever reason in their wisdom Canon have decided to not allow the software to write to network dives which is just silly.

Apart from that getting some really nice images, the colours and images seem to be super rich even in point and shoot mode and like i said i'm not expert but these seem pretty basic peeves that would have been found with the most basic of user testing.