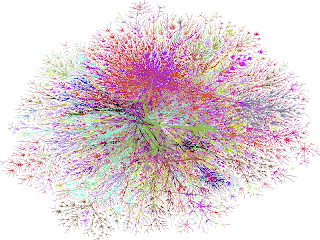 China has surpassed the USA as the No. 1 nation in Internet users.
The number of Chinese on the Internet hit more than 220 million as of February.
http://mobileanalytics.com/forum/index.php?topic=28.0
I wonder how Americans are going to handle this little turn of events.
What is really interesting in the rest of the article it discusses how the percentage of penetration for china is 17% of it's 1.3 Billion population versus 71% penetration of the USA's population of 304 million people.
So with China expected to increase another 13 million users in March to 233 million users how long before there are more people using the internet in China than the entire population of the USA (I'm guessing about 7 months so about the end of this year).

Cheers,
Dean
P.S. In case you are wondering Australia has a piddling little 15m users but this is against a pop of only 20.5m so the penetration is actually higher than the USA.
Posted by Dean Collins at 10:11 AM