Email ThisBlogThis!Share to TwitterShare to FacebookShare to Pinterest
Interesting, was watching Frasier tonight and noticed that someone finally came up with an idea of how to take advantage of the side of a 4:3 recorded tv commercial.

WeTV is running fixed panels for 2 of their other tv shows on the sides of any television commercial that is recorded in 4:3.

Interesting that no one else has done something like this before now. 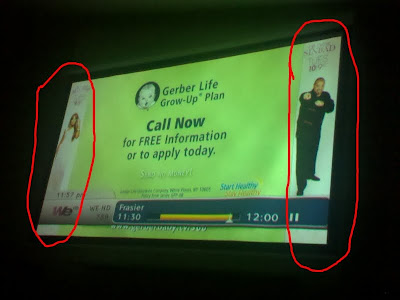 Cheers,
Dean
Posted by Dean Collins at 12:15 AM