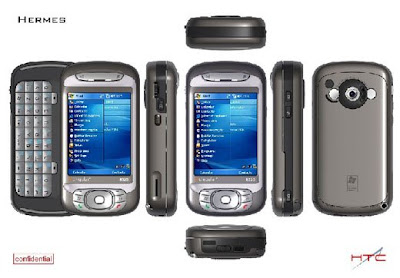 So I've been using the Cingular 8525 (otherwise known as the HTC Hermes or Tytyn and about 4 other brand names in different parts of the world) since about December last year.

At first I was a little hesitant as I already felt this handset ran a little slow on WM5 - I mean what did I think it was going to run like on WM6.

So the rom install process went great - didn't feel like at any stage it was going to brick up at all (lol yeh but I did upgrade mine first before my wife's handset so she didn't crack a big one if I ruined her phone).

A few annoying things, like now every time the phone starts up an animated Cingular video with annoying audio plays (you cant delete) chewing up memory space but also annoying if you start or turn off your phone in a quiet environment like a meeting.

The good part however far far outweighs the bad. The best part and most unexpected is the speed of this handset is now amazing.

I have no idea what the heck Microsoft have done but this handset feels like it is running at least 40% faster than it did before. Maybe a year of code optimisation taught them something but it's absolutely slick now.

Has a couple of neat new applications as well.

If you're a geek check out this forum for all the things you shouldn't be doing to your handset http://forum.xda-developers.com/forumdisplay.php?f=254

But apart from that if you are running a 8525 with the old software definitely upgrade.

Oh and as per this post about mobile carriers not communicating with customers......Cingular never got in contact with their customers who spent about $400 each handset + monthly charges for the last year to let them know this upgrade was available for the last month, I came across it from the XDA forums. Nice one Microsoft, missed again hey Cingular.