Great now any idiot cause can market using banner ads

Email ThisBlogThis!Share to TwitterShare to FacebookShare to Pinterest
So I'm checking out my website analytics this morning (I use http://www.sitemeter.com/ in case you are interested) and I see a banner advertisement on the right that says


"Price of Oil without Iran having a nuclear bomb"

and then showed a price gauge creeping up before showing this final graphic. 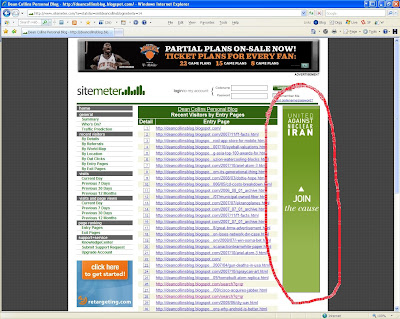 And I'm thinking like WTF?? who would create something like this, so of course i clicked through. It leads to a simple petition 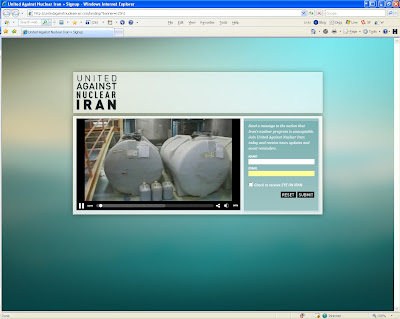 Unfortunately there is no where to fill out a request to tell them that they GGF - i did however forward this blog post to henley_macintyre@yahoo.com

Whilst I fully support his right to free speech and his right to display advertisements like this - I also fully reserve my right to call him and any one else involved with http://unitedagainstnucleariran.com/ an idiot.

If you want to put together a petition that says that the USA will lead the way by destroying their own nuclear arms first then I'll fully support that.

I mean lets face it if the USA isn't prepared to give up their own nuclear ambitions then it's a little stupid to ask any other sovereign states to do so.

Seeing Henley is local to New York maybe he's interested in having a beer to discuss.
http://www.no-ip.com/whois/?domain=unitedagainstnucleariran.com&submit=1

Someone just sent me this link http://www.scribd.com/doc/179296/The-Use-of-RNC-EMail-Accounts-by-White-House-Officials - now i dont know who sent it to me, or what their motives are but it looks like the document is legitimate.

It appears Henley MacIntyre the person behind the banner ad and posted the comments saying my arguments didn't make sense Was a white house official who violated the Presidential Records act by using a secret email account.

It's a shame the banner ad campaign didn't identify who was behind the pr stunt.