S&P is the canary not the problem 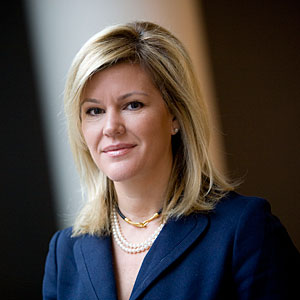 Listening to Meredith Whitney on CNBC, she's the closest commentator i've heard talking about how the S&P downgrade indicates the possible "Fall of rome" though even she kind of shrugged her way through the explanation.
Is it that hard to admit that the USA has to make major changes in order to change its course into becoming a second rate country?
What can be done to change the political "system" in the USA? ....And what does the republicans not losing the 6 special elections in Wisconsin mean?
S&P is the canary not the problem.


edit: posting this a few hours later....lol dow just crashed 4% led by bank stocks. Apparently a lot of people are unhappy with what Merideth Whitney said - http://www.cnbc.com/id/44087025 - check out the comments.
Posted by Dean Collins at 8:37 AM